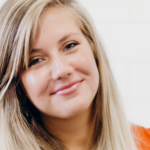 I remember back in 2014 my husband, JD, and I found ourselves in an incredibly desperate place. We were one year out from church planting and everything seemed to hit at once. We knew God placed this specific vision in our hearts, but we also knew that God needed to show up in ways like never before. So, JD and I committed to 75 days of prayer and fasting. Today, Zeal Church exists and we wholeheartedly believe that we have stood in multiple miracles as a direct result from that prayer and fasting season.

During that pivotal season, I read a book called The Circle Maker by Mark Batterson that completely changed my life. It was written because of a man named Honi, a man who found himself in a desperate place.

The book reads: The last of the Jewish prophets had died off nearly four centuries before. Miracles were such a distant memory that they seemed like a false memory. And God was nowhere to be heard. But there was one man, who lived outside the walls of Jerusalem, who dared to pray anyway. His name was Honi. And even if the people could no longer hear God, he believed that God could still hear them.

Have you been here before? I know I have. And so did Honi. An entire generation was about to be completely wiped out and the only thing Honi had going for him was a deep belief that God could still hear him. With that belief in mind, Honi began to do something that most would deem crazy. He began to draw a circle.

The book goes on to say: Then he dropped to his knees and raised his hands to heaven. With the authority of the prophet Elijah, who called down fire from heaven, Honi called down rain.

“Lord of the universe, I swear before Your great name that I will not move from this circle until You have shown mercy upon Your children.”

The words sent a shudder down the spines of all who were listening that day.

I love this next part…

It wasn’t just the volume of his voice; it was the authority of his tone. Not a hint of doubt. This prayer didn’t originate in the vocal cords. Like water from an artesian well, the words flowed from the depth of his soul. His prayer was resolute yet humble, confident yet meek, expectant yet unassuming.

Then it happened. As his prayer ascended to the heavens, raindrops descended to the earth. The people rejoiced over each drop, but Honi wasn’t satisfied with a sprinkle. Still kneeling within the circle, Honi lifted his voice over the sounds of celebration:

“Not for such rain have I prayed, but for rain that will fill cisterns, pits, and caverns.”

The sprinkle turned into such a torrential downpour that eyewitnesses said no raindrop was smaller than an egg in size. It rained so heavily and so steadily that the people fled to the Temple Mount to escape the flash floods. Again, Honi stayed and prayed inside his circle. Each raindrop was a tangible token of God’s grace. It had been difficult to believe the day before the day. But the day after the day, it was impossible not to believe.

The prayer that saved a generation was deemed one of the most significant prayers in the history of Israel. The circle he drew in the sand became a sacred symbol. And the legend of Honi the circle maker stands forever as a testament to the power of a single prayer to change the course of history.

Over the years, Honi’s prayers have guided me through multiple circumstances. There were habits that Honi displayed that are now staples in my prayer life.

Literally, he drew a circle around himself. The circle became a symbol of desperation for God to move through. He took the weight of a generation and said, here I am, Lord, use me to save these people. Don’t get me wrong, I don’t carry chalk with me everywhere I go and create circles around myself every time I pray. But I do realize that if I want to see change or see God move through impossible situations, I have to develop a deep understanding that if God can do anything through a person, He can and will do it through me. My prayer has been, “God whatever you can do through a person, do it through me.”

“It wasn’t just the volume of his voice; it was the authority of his tone. Not a hint of doubt. This prayer didn’t originate in the vocal cords. Like water from an artesian well, the words flowed from the depth of his soul.”

It’s not always about how loud we are or how well we can string words together, but rather, the desperation we pray from. It’s desperation that believes for things bigger than ourselves. There is nothing God loves more than keeping promises and answering prayers. That is what He does and who He is, but we have to be bold enough to ask.

Honi prayed three very specific prayers that day and God answered every one of them. He could have stopped at a sprinkle, the people were rejoicing, they probably even got some hope back because God had shown up!  However, Honi knew that a sprinkle could not rescue a generation; good doesn’t always mean complete! Let me unpack this a little bit. Yes, God showed up, he answered Honi’s prayer, it was fine… but he knew that fine didn’t mean finished! Honi was able to stay focused on the bigger picture. He wasn’t just looking to satisfy, he was looking to redeem and restore. And Honi did not move until he saw it.

Honi didn’t just pray for rain to temporarily satisfy his own needs, he prayed with an entire generation in mind. So this my question for all of us as we face uncharted territory and even difficult seasons: Whose life will be changed forever because of my prayer life?

Just like Honi’s prayers saved a generation, I believe our prayers have the power to move mountains and make the impossible, possible! 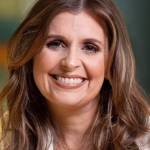