Have you ever been in a conversation or meeting where someone brings up an idea and a thousand “what-ifs” follow? Have you ever desired to step out to do something, but withdrew because of the uncertainty of what may or may not happen? I have been in both of these scenarios and continue to find myself in them. I imagine many of us probably weigh our decisions for next steps by thinking through the possible outcomes. I believe there is so much wisdom in thinking through our decisions, but how many times do the outcomes usually focus on the negative outcomes rather than the possibility of something positive? How many times have you thought through an idea or decision only to think of how it may not work, what could all go wrong and more? I find so many times we worry about the worst that could happen versus believing the best. It can be so easy to get caught up in the negative outcomes versus the positive outcomes.

I love reading the story of Jonathan and his armor bearer found in 1 Samuel 14. Here we find the Israelites, led by King Saul, in a battle against the Philistines. The Israelites are in a place of fear and defeat and have fled their enemy. Some of the Israelites are hiding in caves and others are hiding with their leader, King Saul. They are in a place of negative “what-ifs”… “What if the Philistine army defeats us? How could we ever have victory? Look at their army and look at ours?” But one day, Jonathan decides, “What-if the Lord gives us victory?” Let’s look at 1 Samuel 14:1-6.

“One day Jonathan said to his armor bearer, “Come on, let’s go over to where the Philistines have their outpost.” But Jonathan did not tell his father what he was doing.

2 Meanwhile, Saul and his 600 men were camped on the outskirts of Gibeah, around the pomegranate tree[a] at Migron. 3 Among Saul’s men was Ahijah the priest, who was wearing the ephod, the priestly vest. Ahijah was the son of Ichabod’s brother Ahitub, son of Phinehas, son of Eli, the priest of the Lord who had served at Shiloh.

No one realized that Jonathan had left the Israelite camp. 4 To reach the Philistine outpost, Jonathan had to go down between two rocky cliffs that were called Bozez and Seneh. 5 The cliff on the north was in front of Micmash, and the one on the south was in front of Geba. 6 “Let’s go across to the outpost of those pagans,” Jonathan said to his armor bearer. “Perhaps the Lord will help us, for nothing can hinder the Lord. He can win a battle whether he has many warriors or only a few!”

Perhaps, maybe, what if…this is what Jonathan is saying to his armor bearer. He is saying, “What if God shows up?” He is saying we will never know unless we step out. He could have easily remained with the rest of the army in disbelief and fear, but something within him carried a faith-filled “what if”. This was not a guaranteed victory, but instead was a positive outlook on the outcome. And this thinking led him to stepping out with his armor bearer to defeat the enemy. Later on in the story we see the victory God provides to Jonathan and his armor bearer, which ended as a victory for the entire Israelite army. There are many lessons we can learn from this short passage, particularly the lesson of faith-filled what-ifs.

Our family has faced many “what-if” moments, especially in these last several years. In 2016, we began to finalize our decision to move to San Francisco, CA to plant Sozo Church. Leading up to this decision we had many “what if” moments and to be candid, most were negative. We would say, “what if the church isn’t successful,” “what if no one attends,” “what if we cannot afford it,” and so on. Many of these questions stemmed from fear and worry. When we came to the crossroads of making a decision, the enemy tried to steal our focus and blind us from all God could do. But I am thankful to have a day similar to Jonathan where a faith-filled “what-if” arose and the blinders were removed. We began saying, “what if God shows up? What if people come? What if this works?” We had to begin reminding ourselves of this and not allow worry or fear to shift our thinking. I remember like it was yesterday when Jason and I sat at dinner one night and we looked at each other and said we would rather step out with a “what if God shows up” than wonder the rest of our lives “what if we should have moved to San Francisco to plant a church”. We have seen the faithfulness and power of God on our journey and we could not imagine our family being anywhere else.

I am not sure what season you may be in or what decisions you are faced with, but I want to encourage you to begin to ask yourself, “what if God shows up”. I encourage you as you weigh your decisions to not fill your decision making with all that may go wrong, but what may go right. I pray that as you wrestle through the decisions that the faith-filled “what-ifs” bring you to a place you never thought possible.  I encourage you to begin thinking like Jonathan – “perhaps the Lord will help us.” I believe you will see God work miracles not just in your circumstances, but also within you, as you have faith to believe God will show up. So today, I ask you to write down the decisions, ideas and circumstances you are faced with and next to each of these write “what-if God shows up”. I believe He will show up and prove Himself faithful.

Navigating the Economic Challenges of the COVID-19 Pandemic 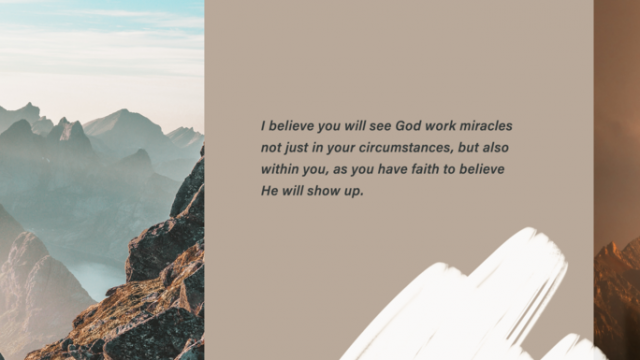 What Are You Doing This For? 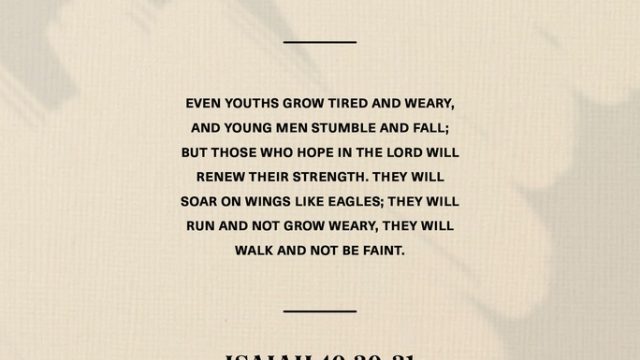