What Legacy Will You Leave Behind?

What Legacy Will You Leave Behind? 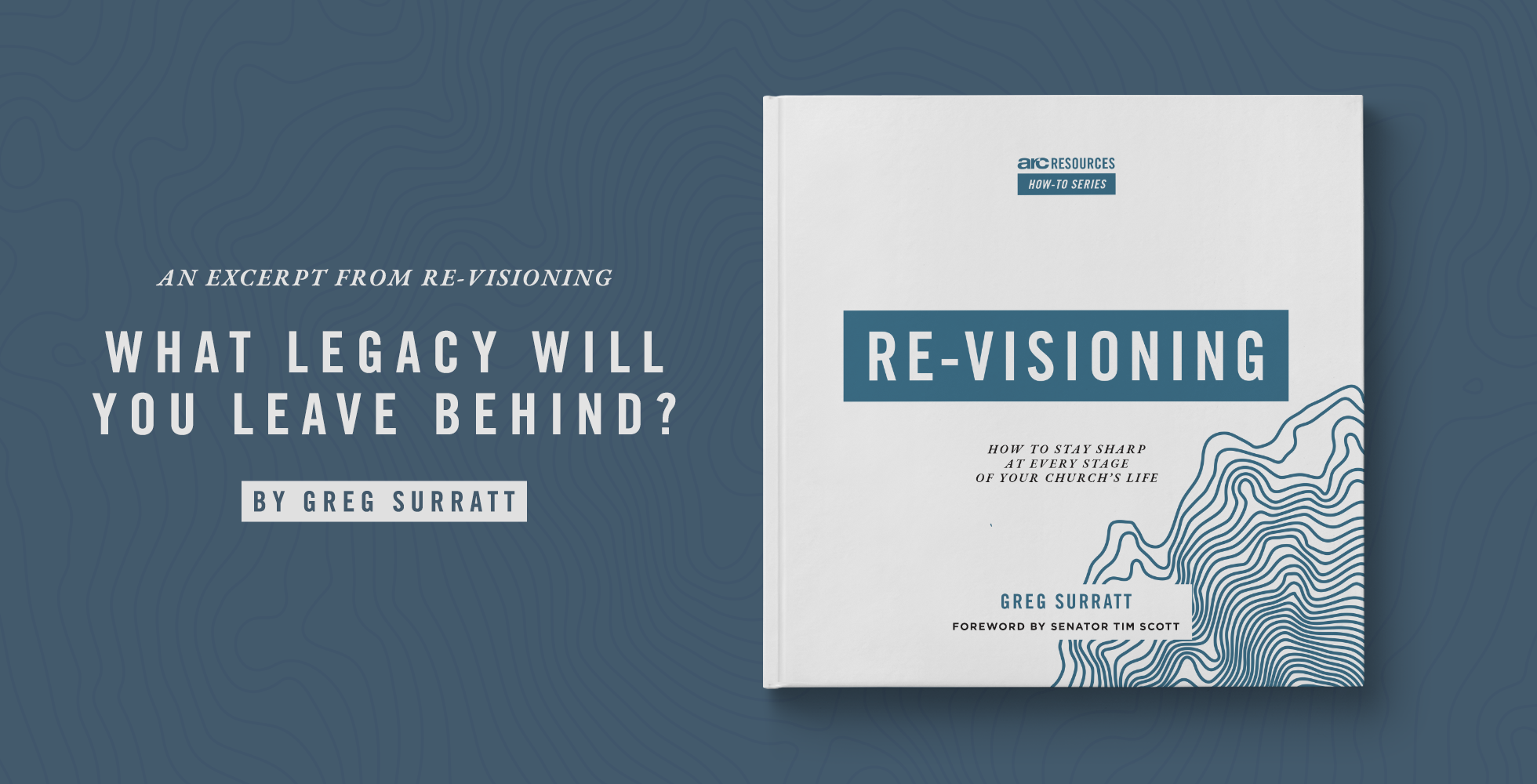 My vision and the vision of all of us at Seacoast, is to be a prevailing church for many generations. I knew we needed to create a strategy to transition Seacoast to competent, godly leaders for the next generation. I’ve seen pastors hang on to their positions too long. There are many possible reasons, including a lack of financial resources after leaving the church, they don’t want to admit it’s time for someone else to lead, no one is bold and loving enough to speak the truth that it’s time to go, they’re comfortable in their role, or they’re afraid their lives will be empty if they don’t keep their role as the senior pastor.

A pastor who refuses to leave is one of the biggest causes of organizational decline. It seems that everyone but the pastor knows it’s time to go. I didn’t want to make this mistake and create this problem. I also saw many pastors who created a big hole when they left because they didn’t select, equip, and train leaders to replace them. Some of those senior pastors were wonderful on stage, and that’s what attracted a crowd, but they had no inclination or skill to train leaders.

The life of Caleb is a wonderful example of the impact of an older leader. He was one of the 12 spies who came back with a report of the Promised Land. He and Joshua were the only ones who believed God that they could conquer the land, so the people wandered in the desert for 40 long years until everyone in that generation was dead—everyone except Joshua and Caleb. As God’s people crossed the Jordan and began fighting to take the land, Caleb didn’t want to sit on the sidelines. He told Joshua, “So here I am today, eighty-five years old! I am still as strong today as the day Moses sent me out; I’m just as vigorous to go out to battle now as I was then. Now give me this hill country that the LORD promised me that day. You yourself heard then that the Anakites were there and their cities were large and fortified, but, the LORD helping me, I will drive them out just as he said” (Joshua 14:10–12). When Caleb was a younger, stronger man, he could have climbed that mountain and whipped every man on it. But when he was 85, he had more wisdom than strength. He gave the warriors an incentive to help him: “I will give my daughter Aksah in marriage to the man who attacks and captures Kiriath Sepher” (Joshua 15:16). He still got the job done, but in a different way than he would have before.

Only a few years ago when I looked in the mirror, I saw a guy who had been full of vitality for a long time but whose energy had, shall we say, subsided a bit. When I looked at our leadership and our congregation, I could tell the church was graying with me. That’s not a good dominant color for a church! Like Caleb, I can still take mountains, but maybe not ones that are as tall as before, and certainly not in the same way as before. Through an enlightening but painful process, I got a clearer picture of how God might use me for the rest of my life. I met with a godly life coach for two days. He asked me to analyze how God usually spoke to me and how He tended to use me. In these conversations, he explained the seasons of a man’s life articulated by author and speaker John Eldredge:

I realized I was in the middle of a transition from king to sage, and it was really hard to face. I wondered if there was anything for me on the other side of being “the guy” at Seacoast. Gradually, I believed God that my next season was as a sage, and it wasn’t going to be just okay; it was going to be really good! I needed to look for opportunities to live out that specific role instead of accepting every invitation to speak at events. Being a sage would involve some speaking, but even more, it would put me in small groups of pastors for days at a time where we could peel off the layers of self-protection and get to the heart of what God wants to do in each leader’s life.

In the last few years, Seacoast has been getting younger instead of older. I’ve changed roles, and we’ve trained and placed some wonderful young leaders who are doing a fantastic job. Today, you won’t find my fingerprints directly on the people, but they’re all over the young men and women who lead them. I may or may not be able to build the church of the future, but I can definitely build the young leaders who will lead them.

Greg Surratt is the founding pastor of Seacoast Church in Mt. Pleasant, South Carolina, and the co-founder and president of ARC. His latest book, Re-Visioning, is designed to recharge our leadership batteries and equip us to inspire our teams with humility, boldness, and joy. To see more from the ARC How-To Series or to purchase a copy of Re-Visioning, go to arcchurches.com/equip.